Brewer Reviewer has compiled descriptions of beer styles and their characteristics for the benefit and use of our beer enthusiasts. The inspiration for the site can be traced back to the beer hunter Michael Jackson. Michael sought to make the world of beer an understandable place by beginning the categorization process of the world’s oldest fermented beverage.

Though we have made BrewerReviewer.com as user friendly as possible, we do want to give recognition to those who have given our site some inspiration.

“Beer deserves to be treated as a civilized drink. It may even have been the cause of civilization”.

Beerology has arrived for Android 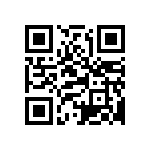